In this post, we focus on a tank lining corrosion repair that’s recently been completed by our 2015 Global Distributor of the Year, SPI Performance Coatings Ltd, of Wiltshire UK.

This particular project involved a steel feed hopper located at a green energy plant producing biogas from maize in Norfolk. The tank lining of the feed hopper, which had a total surface area of 230m², had suffered both corrosion and erosion as a result of the fact it had originally been lined with an insufficient protective lining. As well as addressing the current state of the tank, the contractor, Corroless Eastern Performance Coatings and Linings, also had to factor in the following key issues: 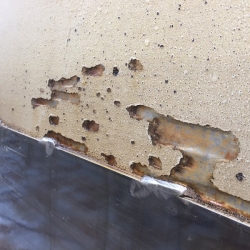 Specifying a fit for purpose coating with fast curing properties

Corroless recommended the application of Polyshield HT-100F UB, a high quality pure polyurea tank lining from SPI Performance Coatings for a number of reasons, including ease of application with a very fast return to service, under 12 hours for this application.

Initially the inside of the tank was prepared to SA2.5 by abrasive blasting, ensuring all existing coatings were removed. This is one of the best methods of surface preparation available and the keystone of any tank lining. The blast profile was measured for profile to ensure an optimum anchor for the lining system.

Following preparation the tank was vacuum cleaned prior to priming, using Chemco International RS500P surface tolerant epoxy primer, which was applied by airless spray following a stripe coat of all angles and edges. 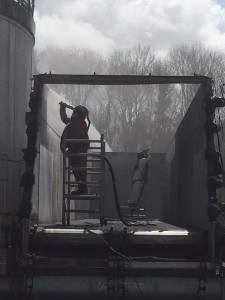 Once the primer had cured, SPI Performance Coatings’ polyurea tank lining was applied to a thickness of 2mm on the tank walls and 3mm on the tank floor.

“The client was extremely pleased with the speed and quality of the tank lining works, which we completed in less than 48 hours,” explains Oliver Hunt, Projects Manager at Corroless Eastern.

“It was made possible for two main reasons, the fact we assigned two blast teams to ensure we met the tight deadline, and the fast curing nature of Polyshield HT-100F UB, which meant the tank could be returned to service the same day.”

Marcus Lockett, Managing Director of SPI Performance Coatings, said: “HT-100F UB has a high tensile modulus, but still has elongation values over 330%, and coupled with its very high abrasion resistance, made it a great choice for this application.” 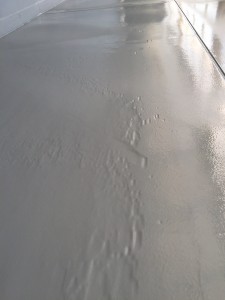 SPI Performance Coatings is a leading supplier of plural component sprays including elastomeric polyurea and epoxies, as well as a comprehensive range of primers, topcoats and foams.

SPI Performance Coatings combines decades of manufacturing and contracting expertise to deliver ‘quick return to service’ solutions to a variety of UK and Pan-European sectors, including marine and offshore, oil and gas, telecoms, industrial and commercial building management and the municipals. It is unique in that it can offer both unrivalled scientific manufacturing expertise together with a grounded understanding of delivery and application best practice. 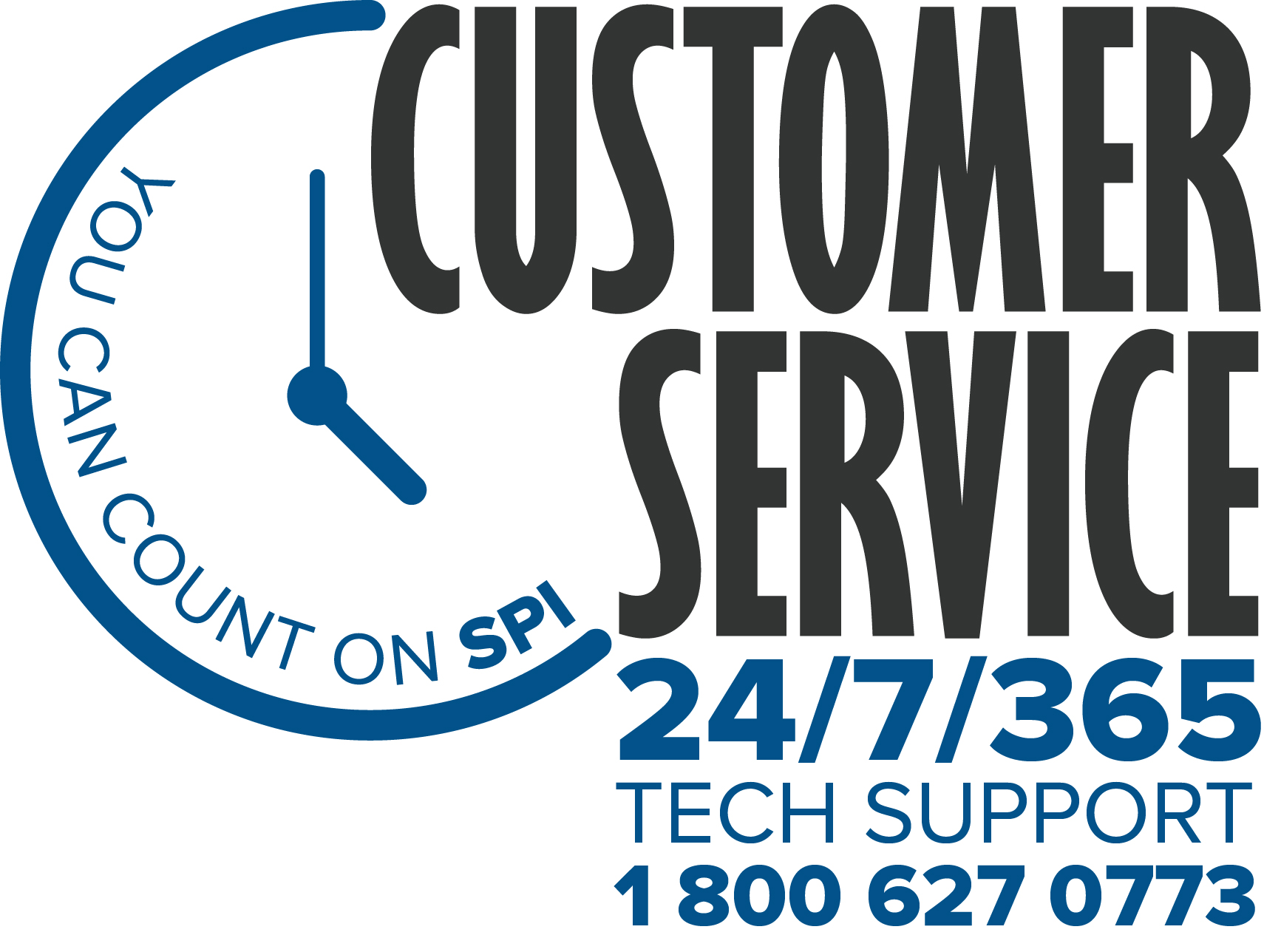 As our Nation unites to minimize the spread of COVID-19, the President issued updated Coronavirus Guidance for Americans on March 16th. This guidance initiated communication and notifications including Continuation of Supply Letters from valued SPI customers who are working on various critical infrastructure projects.

During these times of uncertainty, our mantra of “Diversify With SPI” has never been more meaningful than it is today. With you as our valued partner, we collectively maintain being a critical cog in the wheel to keep many diverse areas of infrastructure going throughout this nation and globally.

We have a number of manufacturing facilities across the US, giving us more options and resources to keep material moving to all geographical areas and markets. All Specialty Products’ facilities will remain open for business, and remain focused on continuing to supply your businesses through this uncharted time. Please continue to communicate closely with your SPI representative about the status of the environment around your place of business, and try to place your orders with as much advanced notice as possible. This will allow our production facilities and supply chain partners to work in sync to maintain the same level of service you’ve come to expect, and enable us to meet your product needs.

Rest assured, at SPI, nothing is more important than our employees’ safety, and we are doing everything possible to ensure the well-being of our dedicated staff, customers, suppliers, and service providers. With an uncompromising commitment to employee safety and social distancing, our team members who are able to perform their duties remotely, have already begun to do so. We will continue to monitor the conditions and communicate with our team, our partners, and you, if situations change.

We appreciate the continued notifications from you and your customers related to your projects under the Federal Cybersecurity and Infrastructure Security Agency (CISA) strategic guidance. If you have questions, or even ideas using technologies to provide a solution, we will continue to be available 24/7 to assist you.

Everyone at SPI, and all the VersaFlex Family of Companies hope you and your families remain safe and healthy.